When Something Happens Launch

On the 14th February we officially launched our VR short film When Something Happens! 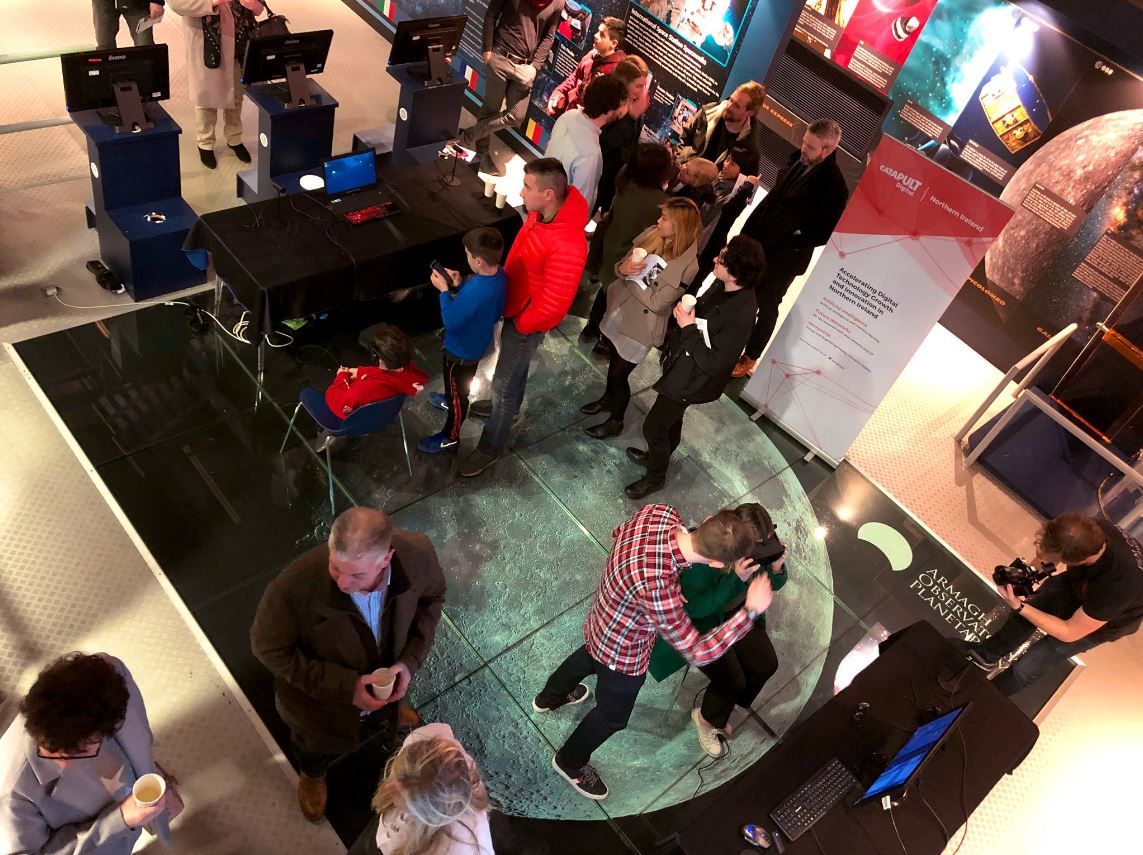 On the 14th February we officially launched our VR short film When Something Happens!

As part of the NI Science Festival, we were delighted to be hosted by the Armagh Observatory and Planetarium. It was such an amazing venue to celebrate the project that included showcasing our film in both VR and fulldome theatre formats and a special musical performance inspired by our soundtrack.

We were delighted to work with Boston ‘The Orator’ Williams who wrote and narrated such an epic poem, and neo-classical composer Olga Wojciechowska who brought so much depth and emotion through her music. This beautifully helped us combine our passions of music, art and our keen interest in new and exciting technologies.

The night began with a reception in the foyer where we showcased our work and hosted VR demos. The audience were then invited into the dome theatre where the Director and Producer introduced the project for fulldome format. We then wrapped up the night with local ambient legend Ai Messiah playing a specially commissioned musical piece inspired by Olga’s score that featured live drums, guitar, electronics and bespoke fulldome visuals.

It was great to finally share our hard work with family, friends and peers, and especially on such an epic cinematic format at the Planetarium. We’ve been very fortunate and thankful to have worked with such an awesome team on such a far out project, and we’re really happy with the outcome.

We also want to say a big thank you to NI Screen, Digital Catapult, and the NI Science Festival for their constant support over the course of the project. We’d also like to thank Sinead Mackle and the entire Armagh team for being so supportive on the evening and on the lead up to the event.

We won an award!